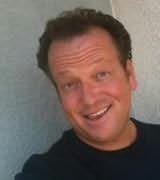 Nick Cole is a working actor living in Southern California. When he is not auditioning for commercials, going out for sitcoms or being shot, kicked, stabbed or beaten by the students of various film schools for their projects, he can often be found as a guard for King Phillip the Second of Spain in the Opera Don Carlo at Los Angeles Opera or some similar role. Nick Cole has been writing for most of his life and acting in Hollywood after serving in the U.S. Army.

Primordial Threat (2018)
(Exodus , book 1)
M A Rothman
"The Primordial Threat is the Next Level in Extinction Event thrillers. Rothman deftly navigates actual science with a taut edge-of-your-seat tension that will scare you to death. I wouldn't be surprised if he wasn't already gaming Worst Case Scenarios for the White House."