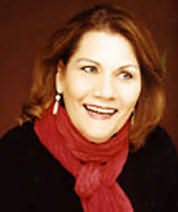 Kathleen Gilles Seidel sold her first book six days after mailing it to the Harlequin offices. She was one of the launch authors for Harlequin American Romance, and published four titles for that imprint. She has since published over a dozen novels. In 1985 she won the 1985 Golden Medallion in the Mainstream Category and won a RITA in 1995. She has a Ph.D. in English literature from Johns Hopkins. She also contributed to Dangerous Men and Adventurous Women: Romance Writers on the Appeal of the Romance. She and her husband live in northern Virginia, and she has two daughters.