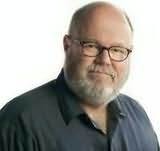 (b.1946)
Stephen Hunter won the 2003 Pulitzer Prize for Criticism as well as the 1998 American Society of Newspaper Editors Award for Distinguished Writing in Criticism for his work as film critic at The Washington Post. He is the author of several bestselling novels, including Time to Hunt, Black Light, Point of Impact, and the New York Times bestsellers Havana, Pale Horse Coming, and Hot Springs.
Genres: Thriller, Mystery, Horror

Rosarito Beach (2013)
(Kay Hamilton, book 1)
M A Lawson
"I love tough guys, even when they're gals, and Glock-toting, fast-thinking, wise-cracking DEA agent Kay Hamilton is one of the toughest going."

The Terminal List (2018)
(James Reece, book 1)
Jack Carr
"Since Jack Carr is a former SEAL, you would expect accuracy, intensity and battle-wisdom from his first novel, THE TERMINAL LIST. What you might not expect is crackerjack plotting, vivid characters both in and out of uniform, and a relentless pace. to a worthy finish. It's a great start!"

The Good Killer (2020)
Harry Dolan
"The Good Killer should be Harry Dolan's break-out novel. Simply (but beautifully) written, it turns into something by turns complex, devious, full of vivid character and unexpected deceits, following as an act of irrational violence opens door after door that certain people don't want opened, laying bare conspiracy and theft, leading inevitably to manhunt and evasion and confrontation. It's terrific."