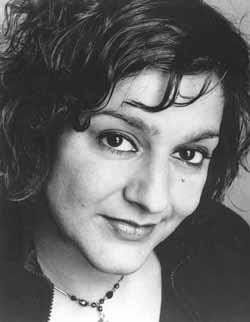 (b.1963)
Meera Syal is an actress and writer. She has written a number of successful TV and film scripts including Bhaji on the Beach and the multi-award-winning My Sister Wife, in which she also starred. She co-writes and stars in BBC2's hit comedy series Goodness Gracious Me, and was awarded the MBE in 1998. Her first novel, Anita and Me, won a Betty Trask Award and was shortlisted for the Guardian Fiction Prize.

Rural Bliss (2002)
Lou Wakefield
"Rural Bliss is better than a weekend in the country. Read this and you won't stop smiling."