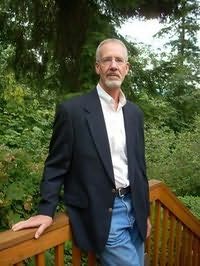 Night Blind, named a best book of 2012 by The Examiner's "Miami Books," is the first in Mike's new thriller series set in Seattle featuring Blake Sanders, and he's working on the fourth in the series now. He's also completed the first book in a YA thriller series.

A member and past regional vice president of Mystery Writers of America, Mike is also a member of the International Thriller Writers and the Authors Guild. He's served as a judge for both MWA's Edgar and ITW's Thriller Awards.