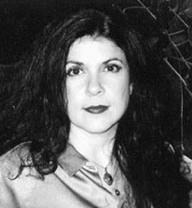 aka Rosemary Martin
Rosemary Stevens has won the Agatha Award and the Romantic Times Award for Best First Mystery. She has appeared on the IMBA bestseller list several times for her Beau Brummell Mystery Series published in North America by the Penguin Group and in France by EDITIONS DU MASQUE.

Under the name Rosemary Martin, Rosemary is the author of the Murder-A-Go-Go mystery series also published by Penguin and listed as "Required Reading" by the New York Post. The official website is www.murder-a-go-go.com. The series recently sold to Japan.

Rosemary divides her time between Los Angeles and the mountains of Western North Carolina. She is currently writing a new novel set in Los Angeles.