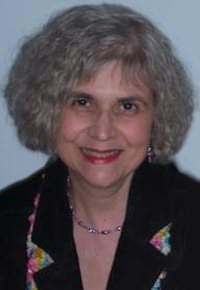 aka Karen Hughes, Kari Sutherland
Karen Rose Smith was born on December 21 in Pennsylvania, U.S.A.. Althoughshe was an only child, she remembers the bonds of an extended family. Sheand her parents lived with her grandfather and aunt until she was five, whenher parents built a house next door. Since her father came from a family often and her mother, a family of seven, there were always aunts, uncles, andcousins visiting on weekends. Family is a strong theme in her books and shesuspects her childhood memories are the reason. As a teenager, music becameas important to Karen Rose as reading. The Beatles were her favourite group.But she and her cousin took their first sojourn into writing bycollaborating on a script for The Monkees television program. They sent thatscript to every concert venue where the group appeared that summer!

In college, Karen Rose began writing poetry and also met her husband-to-be.She graduated of Shippensburg University in PA with a BS in English andFrench secondary education, she earned graduate credits in both English andCounseling. She married her college sweetheart and both began marriedlife as teachers, but when their son was born, Karen Rose decided to try herhand at a home decorating business. She returned to teaching for a while butwhen back surgery interrupted her lifestyle, it led her to writing romancefiction.

After six years of writing and thirteen completed manuscripts, Karen Rosesold two books in one week! Published since 1991, she has had over 50 novelsunder diferent pseudonyms. She has published with Silhouette Romance andSpecial Edition, as well as with Meteor/Kismet and Kensington's PreciousGems. She has won New Jersey's Golden Leaf Award in short contemporaryromance as well as the Golden Quill award in traditional romance. Herromances have made both the USA TODAY list and the Waldenbooks Bestsellerlist for Series Romance. A past president of the Central PA Romance Writers,she has given workshops on conflict, character, love scenes and synopsiswriting to neighboring chapters and at national conferences.

Karen Rose lives in Pennsylvania with her husband, now their son is aresearch scientist working in Oklahoma. Karen has read romance novels sinceshe was a teenager because they end with happily-ever-after. She thinkseveryone needs hope in an ideal and an escape from time to time. And that'swhy she can see herself writing romance novels for a long time to come.

Men in Uniform (as by Kari Sutherland)
The Sheriff's Proposal (1996)

Greatest Texas Love Stories of all Time
9. Love, Honor and a Pregnant Bride (1998)

Loving the Boss
The Night Before Baby (1999)

Foleys and the McCords
The Texas Bodyguard's Proposal (2009)

Cowboy For Every Mood
The CEO's Unexpected Proposal (2012)

Home on the Ranch (with Patricia Johns)
Montana Holiday Homecoming (2019)

Non fiction
Writing Is A Business (2013)

Guardian (2013)
(Protectors, book 2)
Nancy Northcott
"Renegrade had me on the edge of my seat and wanting more."

After the Dark (2017)
(Killer Instinct , book 1)
Cynthia Eden
"What romantic suspense is supposed to be-fast, furious, and very sexy."