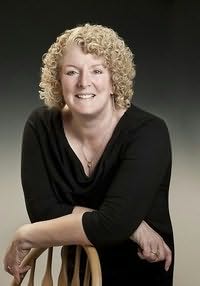 (b.1952)
Dana Stabenow was born in Anchorage and raised on 75-foot fish tender in the Gulf of Alaska. She knew there was a warmer, drier job out there somewhere and found it in writing.

Stabenow received a BA in journalism from the University of Alaska in 1973 and, after deciding to try her hand as an author, later enrolled in UAA's MFA program.

Her first science fiction novel, Second Star, sank without a trace (but has since been resurrected as an e-book), her first crime fiction novel, A Cold Day for Murder, won an Edgar award, her first thriller, Blindfold Game, hit the New York Times bestseller list. The Land Beyond, the final third of her historical trilogy about Marco Polo's granddaughter, Silk and Song, was published in October 2015.