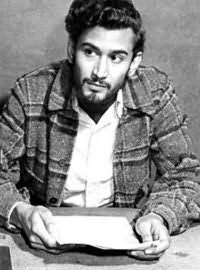 (Samuel Selvon)
Trinidad (1923 - 1994)
Samuel Dickson Selvon aka Sam Selvon was born in San Fernando in the south of Trinidad. His parents were East Indian: his father was a first-generation Christian immigrant from Madras and his mother's father was Scottish.He was educated there at Naparima College, San Fernando, before leaving at the age of fifteen to work. He was a wireless operator with the Royal Naval Reserve from 1940 to 1945. Thereafter, he moved north to Port of Spain, and from 1945 to 1950, worked for the Trinidad Guardian as a reporter and for a time on its literary page. In this period, he began writing stories and descriptive pieces, mostly under a variety of pseudonyms such as Michael Wentworth, Esses, Ack-Ack, and Big Buffer. Selvon moved to London, England, in the 1950s, and then in the late 1970s to Alberta, Canada, where he lived until his death from a heart attack on 16 April 1994 on a return trip to Trinidad.

Plays
Highway in the Sun and Other Plays (1988)