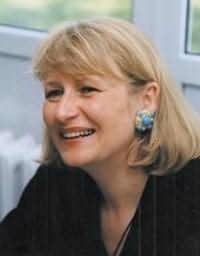 (b.1950)
Steinunn Sigur&#240ardóttir was born in Reykjavík in 1950. She finished her Matriculation Examination at the Reykjavík Higher Secondary Grammar School in 1968 and a BA in Psychology and Philosophy at the University College in Dublin in 1972.