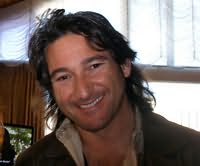 Stephen Jay Schwartz spent a number of years as the Director of Development for Wolfgang Petersen where he worked with writers, producers and studio executives to develop screenplays for production. Among the film projects he helped develop are Air Force One, Outbreak, Bicentennial Man, Mighty Joe Young, Red Corner, and Instinct.His two novels, BOULEVARD and BEAT, follow the dysfunctional journey of LAPD Robbery-Homicide detective Hayden Glass as he fights crime and corruption while struggling with his own sex-addiction. The series was recently optioned by Ben Silverman (The Office, Ugly Betty, The Tudors) for his new media company, Electus, for development as a television series.Stephen Jay Schwartz lives in Southern California with his wife, two children, and a frumpy-looking labradoodle named Mollie.

Non fiction
Hollywood Versus the Author (2018)