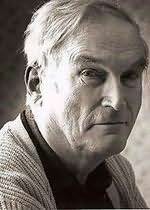 (1922 - 2003)
Nephew of Austin Tappan Wright
Austin McGiffert Wright was a novelist, literary critic and professor emeritus of English at the University of Cincinnati.
He grew up in Hastings-on-Hudson, New York, son of the geographer John Kirtland Wright and Katharine McGiffert Wright, and namesake of his uncle, Austin Tappan Wright, writer of the utopian novel, Islandia. He graduated from Harvard University in 1943. He served in the Army (19431946). He graduated from the University of Chicago, with a master's degree in 1948, and a Ph.D. in 1959.

Non fiction
The American short story in the twenties (1961)
Formal Principle in the Novel (1982)
Recalcitrance, Faulkner, and the Professors (1990)