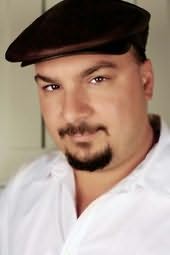 (b.1968)
Anthony E. Zuiker, is the creator and executive producer of the American television show CSI: Crime Scene Investigation. He produces all three editions of the CSI franchise: CSI: Crime Scene Investigation , CSI: Miami and CSI: NY. He also assisted in the writing of Terminator Salvation.Zuiker was born in Blue Island, Illinois, but his family moved to Las Vegas, Nevada.Zuiker attended Arizona State University, in Tempe, Arizona for three years and then transferred to the University of Nevada at Las Vegas, where he graduated. During all four years he was involved in competitive forensics, advancing as far as semifinals at the national speech tournament.In a talk at the International Mystery Writers Festival in June 2008, Zuiker said that he was working as a tram driver in Las Vegas when he came up with the idea for the series. He said he was about to go out to play basketball with some friends when his wife asked him to stay in and watch a show on criminal forensics on the Discovery Channel. "I decided to stay, and that changed everything". He also freely admitted that he knew nothing about writing for TV and therefore his pilot script "broke all the rules," thereby creating the programs' characteristic visual and storytelling styles.
Genres: Thriller
Series
Level 26 Thriller: Featuring Steve Dark (with Duane Swierczynski)
1. Dark Origins (2009)
2. Dark Prophecy (2010)
3. Dark Revelations (2011)