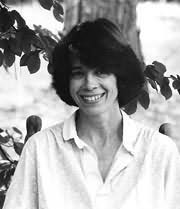 (b.1950)
Bailey White was born in 1950 in Thomasville, Ga. She still lives in the same house in which she grew up, on one of the large tracts of virgin longleaf pine woods. Her father, Robb White, was a fiction writer and later a television and movie script writer. Her mother, Rosalie White, was a farmer, and worked for many years as the executive director of the local Red Cross Chapter. She has one brother, who is a carpenter and boat builder, and one sister, who is a bureaucrat. White graduated from Florida State University in 1973, and has taken a break from teaching first grade to pursue writing full-time. She is the author of Sleeping at the Starlite Motel, Mama Makes Up Her Mind, and Quite a Year for Plums.
Novels
Quite a Year for Plums (1998)

Collections
Sleeping at the Starlite Motel (1995)
Nothing with Strings (2008)