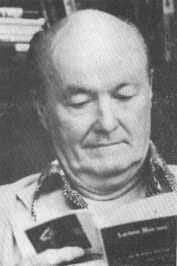 Harry Whittington (February 4, 1915June 11, 1989) was an American mystery novelist and one of the original founders of the paperback novel. Born in Ocala, Florida, he worked in government jobs before becoming a writer.

His reputation as a prolific writer of pulp fiction novels is supported by his writing of 85 novels in a span of twelve years (as many as seven in a single month) mostly in the crime, suspense, and noir fiction genres. In total, he published over 200 novels. Seven of his writings were produced for the screen, including the television series Lawman. His reputation for being known as 'The King of the Pulps' is shared with author H. Bedford-Jones. Only seven of Whittington's novels are in print today.

Collections
The Dimes of Harry Whittington: Volume One (2000)