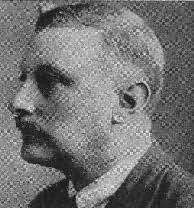 aka Miles Burton, Cecil Waye
John Rhode was one pseudonym used by the prolific English author Cecil John Charles Street who also wrote as Miles Burton and Cecil Waye. Street lived at Seaford and produced four detective novels a year for thirty-seven years. He was a serving British army officer who attained the rank of Major. He also wrote non-fiction, focussing on history and criminology.

Street was reticent about his background, but there is evidence that he was born in Gibraltar and may have attended a public school in Berkshire, possibly Wellington College. He was awarded a Military Cross and an OBE.

Street's two main series are the Dr Lancelot Priestley books under the Rhode name, and the Desmond Merrion/Inspector Henry Arnold books under the Burton name. The Priestley books are classics of scientific detection, with the elderly Dr Priestley demonstrating how apparently impossible crimes have been carried out. Priestley ages through the series and by the last books must be well into his eighties, but his faculties are unimpaired. The Burton series are more traditional detective fiction with the addition of chases and the occasional romance; in fact the hero, amateur investigator Desmond Merrion, meets his wife in the first, The Secret of High Eldersham (1930).

Omnibus
The Second Crime Club Omnibus Volume (1932) (with Agatha Christie, A Fielding and Victor L Whitechurch)
Out of Control / Too Many Suspects / Eye For An Eye (1945) (with Oliver Weld Bayer and Baynard Kendrick)