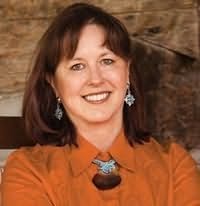 Lisa Wysocky authors the five-time award winning Cat Enright cozy equestrian mystery series (The Opium Equation, The Magnum Equation, and in fall 2015, The Fame Equation). The series features an unlikely cast of characters including a (possibly) psychic horse, and has been optioned for film and television.

In addition, Lisa is the co-author, with Brad Cohen, of Front of the Class: How Tourette Syndrome Made Me the Teacher I Never Had. Front of the Class was seen on Oprah and Inside Edition and in People magazine, and aired as a Hallmark Hall of Fame television movie. It also won several book awards and was nominated for a Faith & Freedom movie award.

Lisa has also co-authored Two Foot Fred with Fred Gill, and Walking on Eggshells, with Lyssa Chapman, a star of the reality series Dog the Bounty Hunter. Hidden Girl, the true story of a child slave here in America, was co-authored with Shyima Hall.

Lisa is a PATH (Professional Association of Therapeutic Horsemanship) International instructor and has been chosen as one of the country's Top 50 riding instructors by ARIA. She helps horses and humans connect in meaningful ways and splits her time between Tennessee and Minnesota.