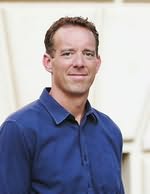 Chad Zunker studied journalism at The University of Texas, where he was also on the football team. He's worked for some of the most powerful law firms in the country, he's invented baby products that are now sold all over the world, and he's even helped start five new churches. He has wanted to write full time since he took his first practice hit as a skinny freshman walk-on from a 6'5, 240 pound senior All-American safety -- which crushed both him and his feeble NFL dreams. He lives in Austin with his wife, Katie, and their three daughters, where he is hard at work on his next novel.

Takeoff (2018)
(Seth Walker, book 1)
Joseph Reid
"Fast paced and adrenaline filled, Takeoff is a wild ride that never lets up for a single moment. A thrilling debut by a terrific new storyteller. Joseph Reid is a name to know!"

A Killer's Wife (2020)
(Desert Plains, book 1)
Victor Methos
"A gripping thriller that doesn’t let up for a single page. Surprising twists with a hero you care about. I read the whole book in one sitting!"