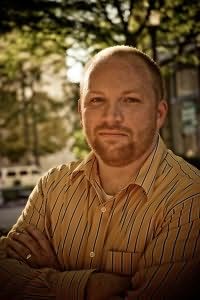 (b.1978)
Robison Wells is an American novelist. He currently lives in Provo, Utah, with his wife and three children. He is a member of The Church of Jesus Christ of Latter-day Saints, and his novels are directed to the LDS fiction market. He graduated from the University of Utah in 2003 with a degree in political science, and earned an MBA in marketing at Brigham Young University in 2009.In April 2010, it was announced in Publisher's Marketplace that Wells had signed a 3-book YA deal with HarperTeen.