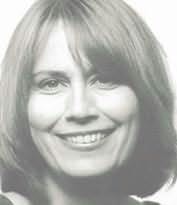 Sarah Weeks has been writing childrens books and songs for the past twenty years. She is a graduate of Hampshire College and NYU and recently became an adjunct faculty member in the prestigious Writing Program at the New School University, in New York City.

Her first YA novel, So B. It, which appeared on the LA Times bestseller list was chosen as an ALA Best Book for Young Adults and received the 2004 Parents Choice Gold Award. In addition to being an author, Sarah is an accomplished singer/songwriter. She has written for television, stage and screen and a number of her picturebooks include songs which she both writes and sings for the accompanying CDs. Sarah's titles have sold well over a million copies, including several foreign editions.

Sarah is a tireless promoter, visiting schools throughout the country, serving as author-in-residence and speaking to teachers and librarians at national conferences including IRA, ALA and NCTE. She lives in New York City with her two teenage sons.