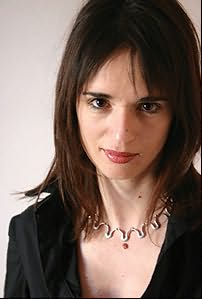 South Africa (b.1972)
Rachel Zadok is a writer and a Whitbread First Novel Award nominee (2005). She is a graduate of the Certificate in Novel Writing course, run by the Department of Education and Lifelong Learning at City University, London. Zadok was born in South Africa in 1972 to a South African mother and an Israeli father and grew up in Kensington a white middle-class suburb of Johannesburg. She later studied Fine Art and worked as a freelance graphic designer. She moved with her doctor husband to London, England in 2001 where she waitressed for a while and then worked for an orphans' charity. It was in London that Zadok began writing Gem Squash Tokoloshe, a first novel set in her native South Africa. "The book is really about belief and the influence society has on children," she said in a November 2005 BBC interview.

In 2004, Zadok entered the 'How to Get Published' competition on Channel 4's Richard and Judy Show, reaching the final five of 46,000 entrants. While she didn't win, Pan Macmillan subsequently offered her a publishing contract. She has been nominated for the Whitbread First Novel Award 2005. The Whitbread Judges have announced that : "Gem Squash Tokoloshe impressed us with its powerful evocation of a child's-eye view of rural South Africa. Rachel Zadok sets the private drama of a collapsing household against the backdrop of a changing nation and creates a tangible atmosphere of menace." The Whitbread Book Awards, which began in 1971, seek to encourage, promote and celebrate the best contemporary British writing.

Rachel Zadok has indicated that she intends to return to South Africa at some point in the future. In the The Guardian of 18 November 2005 Zadok commented that she'd like to be back in Johannesburg next year if possible: "...I really feel I need to go back and make a difference. I suppose in apartheid, being white, I got the benefit of an education - a warped education, mind you. I feel like I can't run away from it and live somewhere else. I've got to pay my dues, give back to the country that gave me so much..." Zadok has spoken of her wish to set up a project for HIV/AIDS orphans in her native South Africa. She is currently working on her second novel.
Novels
Gem Squash Tokoloshe (2005)