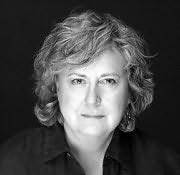 (b.1946)
Carol Anshaw (born March 1946) is an American novelist and short story writer. Her books include Lucky in the Corner, Seven Moves and Aquamarine. Her stories have been anthologized in The Best American Short Stories in 1994 and 1998. She acquired her MFA at Vermont College of Fine Arts (1992). She has won a National Book Critics Circle Citation for Excellence in Reviewing, an NEA Grant, an Illinois Arts Council Fellowship, a Carl Sandburg Award and Society of Midland Authors Award. Her newest novel, Carry the One, is forthcoming in March 2012 from Simon & Schuster.

Anshaw teaches in the MFA in Writing Program at SAIC, the School of the Art Institute of Chicago. She is also a painter.