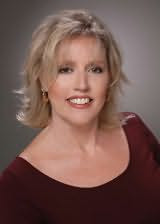 Dawn Atkins has been writing since childhood. In the early 1980s she sold the first of her work, several romance short stories which were published by True Love magazine. She then wrote her first romance novel, which was rejected by publishers. For the next 13 years, Atkins did not write. She filled her time teaching second and third graders. Eventually she began rewriting her first novel, which was rejected by several agents in its new form. Atkins kept writing, and her third completed manuscript was published by Kensington Books' Precious Gems line of contemporary category romances. Getting Zack Back was published in July 1998 under the name Daphne Atkeson. Her second novel, Baby Makes Three, was released eighteen months later. Many of her later books have been published by various Harlequin category romance lines, including Temptation and Blaze.

Atkins has been twice nominated for Romantic Times Reviewers' Choice Awards, for Going to Extremes and A Perfect Life.

Atkins maintains a full-time job as a writer and editor for the Arizona Education Association. She and her husband, David, have one son.