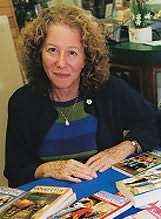 Bonnie Bryant is an American author of children's books. She is best known for creating the intermediate horse book series The Saddle Club, which was published from October 1988 until April 2001. The Saddle Club chronicled the adventures of thirteen-year-old Lisa Atwood and twelve-year-olds Stephanie "Stevie" Lake and Carole Hanson. The series was static in time; the girls never aged in 101 books, 7 special editions, and 3 Inside Stories.

Bonnie Bryant was born and raised in New York City. She met her husband, Neil W. Hiller, in college, where they both worked on the campus newspaper. They had two sons, Emmons Hiller and Andrew Hiller. Neil Hiller died in 1989. Many of Bonnie's books are dedicated to him.