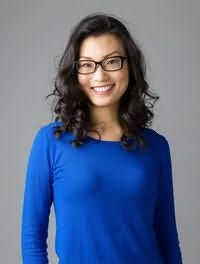 Kelly is a columnist for the  South China Morning Post, writing on education, culture, China, and technology. Kelly’s column is widely read all over Asia. Her opinion pieces have been published in The New York Times, The Washington Post, The Atlantic, CNN, and other newspapers and magazines around the world.

In addition, Kelly is the author of three children’s books, including, most recently, ‘Where’s Broccoli‘, Chameleon Press (Jan 2014), a best-selling children’s book in Hong Kong. Her newest book, FRONT DESK, a middle grade children’s novel, will be published in 2018 in the United States and Canada by Arthur A. Levine Books/Scholastic, the publishers of Harry Potter in America.

As a writer, she’s designed KYP to instill a passion for writing in children from a very early age. At KYP, Kelly teaches Critical Reasoning, Global Thinking, Debate, and Model United Nations. She loves teaching and motivating her students. Under her guidance, Kelly’s students have gained admission into Harvard, Stanford, Yale, UChicago, Columbia, UPenn, Dartmouth, Cornell, and other top schools. In addition to teaching, Kelly also oversees curriculum development and teacher training and is extremely hands-on with every aspect of the KYP program, from lesson planning to student satisfaction and classroom dynamics.

For her efforts in education, Kelly has won: the California Legislature’s Woman of the Year in 2000, USA Today All-USA College Academic 1st Place Team and; ‘CosmoGIRL! of the Year’ from CosmoGIRL! Magazine. In 2010, The Kelly Yang Project was named ‘Second Best Small Education Company in the World’ by The Education Project Global Summit in Bahrain. In 2011, Kelly chaired the Harvard Book Prize in Hong Kong and served as a board member of the Harvard Club of Hong Kong.