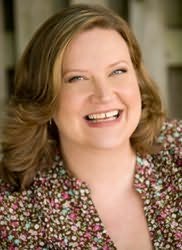 Memoirs of an Imaginary Friend (2012)
Matthew Dicks
"Wholly original and completely unputdownable. MEMOIRS OF AN IMAGINARY FRIEND is a captivating story told in a voice so clever and honest I didn't want it to end. The arresting voice of THE CURIOUS INCIDENT OF THE DOG IN THE NIGHT-TIME with the emotional power of ROOM and the whimsy of DROP DEAD FRED, but in a class of its own."

Three Rivers (2015)
Tiffany Quay Tyson
"Funny, furious and tender...a rush of a read, full of all the beauty and strangeness of the modern South."

The Little Clan (2018)
Iris Martin Cohen
"The Little Clan is a delicious read-beautifully written and observed, with a delightful sense of humor and all the giddy absurdity of new adulthood."