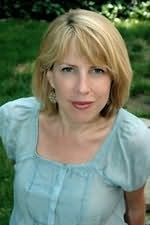 Christina Baker Kline is a novelist, nonfiction writer, and editor. Her novels include The Way Life Should Be, Desire Lines, and Sweet Water. She is co-author, with Christina L. Baker, of The Conversation Begins: Mothers and Daughters Talk about Living Feminism and editor of Child of Mine: Original Essays on Becoming a Mother; Room to Grow: 22 Writers Encounter the Pleasures and Paradoxes of Raising Young Children; and Always Too Soon: Becoming an Orphan at Any Age, also published by Seal Press. She is currently Writer in Residence at Fordham University.

So Happy Together (2009)
Maryann McFadden
"In So Happy Together, Maryann McFadden deftly weaves a story of three generations of women and the men who orbit around them. With a sure touch, she writes about the mother-daughter bond, the simple pleasures to be found in cooking, the pervasive nature of guilt, and the power of forgiveness. Ultimately she explores the ways that growth is possible at every stage in life, if only we remain open--and how unexpected changes can lead us to places we never imagined."

The Weight of Blood (2014)
Laura McHugh
"In this riveting debut, Laura McHugh weaves together the stories of two women, separated by a generation, who each reveal pieces of a story that gains momentum and power as its shape becomes clear. This novel will keep you up all night."

Her Name Is Rose (2015)
Christine Breen
"A lyrical debut with characters who live and breathe and teach each other how to love."

Sisters One, Two, Three (2017)
Nancy Star
"An extraordinary moving, beautifully written novel... I was riveted from the first page."

Stolen Beauty (2017)
Laurie Lico Albanese
"For fans of Kristin Hannah's The Nightingale and Paula McLain's Circling the Sun, Stolen Beauty is a must-read. I tore through the pages."

The Hearts of Men (2017)
Nickolas Butler
"A wry, tender-hearted novel about men: their families and friendships, their vulnerabilities and foibles, their secrets and lies. Part coming-of-age narrative, part meditation on masculinity, part war story, this novel had me spellbound all the way to its riveting conclusion."

What to Say Next (2017)
Julie Buxbaum
"This novel is so compulsively readable that you’ll be surprised how deeply your emotions are stirred."

Ecstasy (2018)
Mary Sharratt
"Terrific…An intimate, absorbing portrait of a complicated woman whose talents and passions propelled her to the center of fin de siècle Vienna."

A Matter of Chance (2018)
Julie Maloney
"Beautiful and sensitive...effortlessly readable."

The Last Cruise (2018)
Kate Christensen
"From the first page of The Last Cruise, it’s clear that you’re in the hands of a masterful storyteller. With wit and precision, Kate Christensen wrangles a large cast of characters on a cruise in Hawaii that undergoes a disastrous series of calamites, deftly turning what appears to be a comedy of manners into an intimate and moving story about how human beings relate to each other in times of stress and upheaval – with plenty of sensuous details about food, sex, and drink along the way. This novel is a delight."

A Well Behaved Woman (2018)
Therese Anne Fowler
"History comes alive in this immensely readable novel. Therese Anne Fowler takes us behind the velvet drapes of the Vanderbilt mansions in the late 19th century, exposing a world of passions and betrayal in which all is not as it seems. A Well-Behaved Woman is an extraordinary portrait of a strong, fascinating woman who rose above societal convention and even her own expectations to become so much more than anyone might have predicted."

The Weight of a Piano (2019)
Chris Cander
"At the heart of this novel is an old German upright piano whose music reverberates through the stories of two seemingly unconnected people: a man on an inexplicable quest to photograph it, and a woman who, despite being unable to play it, can't let it go. Elegantly twisting the strands together, Cander explores how art and music change and enrich our lives, often in wondrous and remarkable ways, and also touches on love and loss, memory and forgetting, perseverance and self-discovery. Like a powerful melody, The Weight of a Piano is haunting, evocative, and impossible to forget."

The Peacock Feast (2019)
Lisa Gornick
"An explosive moment that shatters generations, a buried trauma, the unspoken weight of history: In this original and beautifully rendered novel, two women, strangers to each other, hold pieces of a puzzle they can only construct together. Weaving fact and fiction to paint the evolution of a family over the sweep of a century, Lisa Gornick plumbs the connections that transform lives in a book that is both gripping and elegantly nuanced."

The Jetsetters (2020)
Amanda Eyre Ward
"Witty, insightful, and full of heart . . . Defined by a long-ago tragedy and long-held grudges, grievances, and resentments, the Perkins clan has plenty of reasons to keep secrets from one another—secrets that inevitably, over the course of their forced family fun vacay, spill out. . . . The perfect novel to read in a pool lounger as you sip a colorful cocktail. Mediterranean sunset optional."

Writers & Lovers (2020)
Lily King
"Writers & Lovers is a portrait of the artist as a young woman. Lily King writes masterfully about desire and loss, creativity and inspiration, and how each overlaps and influences the other. I found myself reading slowly, underlining phrases, wanting to linger in the world of this novel. Her insights about love ? how it is elusive and ineffable ? and about grief ? how it is something that you live inside ? took my breath away."

Queen of the Owls (2020)
Barbara Linn Probst
"A nuanced, insightful, culturally relevant investigation of one woman’s personal and artistic awakening, Queen of the Owls limns the distance between artist and muse, creator and critic, concealment and exposure."

The Paris Hours (2020)
Alex George
"Like All the Light We Cannot See, The Paris Hours explores the brutality of war and its lingering effects with cinematic intensity. The ending will leave you breathless."

Shiner (2020)
Amy Jo Burns
"In spare yet lyrical prose, Amy Jo Burns brings to life a brutal landscape and its dangerous, alluring inhabitants. A haunting glimpse into a strange, mystical world with its own laws and customs, filled with fiercely independent people, this novel combines a memoir-like intimacy with the mythic power of a fable. Burns is a writer to be watched."