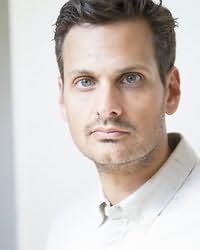 The fourth of six kids, Greg Boose grew up on a large produce farm in northeast Ohio. He received his undergraduate degree from Miami University, and then later received his M.F.A. at Minnesota State University Moorhead where he focused on screenwriting and fiction.

Greg is the former Los Angeles and Chicago Editor for BlackBook Magazine, and his work has appeared on/in many magazines and websites, popping up in culture and news publications like Chicago Public Radio, The Believer, The Huffington Post, Time Out Chicago, Chicago Reader, and NFL.com; writing silly shit for humor sites like McSweeney's, Cracked.com, Yankee Pot Roast, Monkeybicycle, The Nervous Breakdown, Feathertale, and Opium; and working hard on writing TV pilots, humor shorts, and plays. His one-act play "Everybody Else's Fault" was performed by Bakersfield Community Theater in 2010, but he was too broke to travel and see it live.

When he’s not writing or reading, he enjoys skateboarding, boxing, tennis, following the Cleveland Browns and Cavaliers, collecting turtle skulls, and testing to see if people read everything closely.