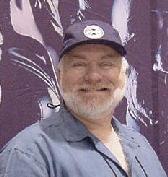 (b.1950)
Chris Claremont was born November 30, 1950 in London, England. He began his career in comics at Marvel with the title Iron Fist in 1974, and later went on to write stories for The Uncanny X-Men, Fantastic Four, and Excalibur. Claremont currently holds the record for the longest run of any writer on one series in consecutive years. He wrote Uncanny X-Men for 16 years from 1976 through 1991. During this time he was considered one of the best at writing comics that involve teams because he would give each person on that team a moment to shine. Claremont was also best known for his excellent stories with strong heroes (particularly female characters) and villains, including entertaining and imaginative action sequences, while mixing in a soap opera atmosphere of drama.

Aliens Vs Predator
Deadliest of the Species (1995)

Dancing Vac (1990)
(Cyberstealth, book 2)
Shariann Lewitt
"A high performance story that carries you along at full throttle from start to finish."

Shadow Prowler (2010)
(Chronicles of Siala, book 1)
Alexey Pehov
"An exciting take on classical themes as a professional thief finds himself reluctantly cast into the role of a hero to save his homeland from destruction. The story is engrossing, the characters intriguing and dynamic; there are mysteries galore and the very real sense as we set out that far creepier things are waiting down the road. In short, a book I didn't want to put down and want to see what comes next."
Visitors to this page also looked at these authors
C J Cherryh
Harry Turtledove
David B Coe
A A Attanasio
Orson Scott Card
Adrian Cole
Glen Cook
Craig Shaw Gardner
Alan Dean Foster
David Drake
Stephen Donaldson
Elizabeth A Lynn
Lawrence Watt-Evans
Jane Lindskold
Susanna Clarke
Max Allan Collins