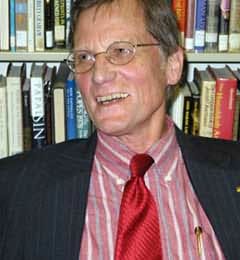 Novelist, born in Meridian, Mississippi. Bahr, who served in the U.S. Navy during the Vietnam War and then worked for several years on the railroads, enrolled at the University of Mississippi in the early 1970s when he was in his late 20s. He received his B.A. and M.A. from Ole Miss and served as the curator of the William Faulkner house, Rowan Oak, in Oxford, Mississippi for nearly twenty years. He also taught American literature during much of this time at the University of Mississippi. In 1993, he became an instructor of English at Motlow State College in Tullahoma, Tennessee, where he worked until 2006. Bahr is the author of three critically acclaimed novels centering around the American Civil War. He currently resides in Jackson, Mississippi, and teaches courses in creative writing at Belhaven College.
Novels
Home for Christmas (1987)
The Black Flower (1997)
The Year of Jubilo (2000)
The Judas Field (2006)
Pelican Road (2008)