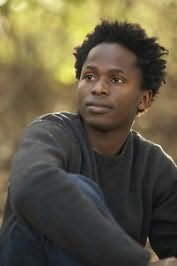 (b.1980)
Ishmael Beah was born in Sierra Leone in 1980. He moved to the United States in 1998 and finished his last two years of high school at the United Nations International School in New York. In 2004 he graduated from Oberlin College with a B.A. in political science.

He is a member of the Human Rights Watch Childrens Rights Division Advisory Committee and has spoken before the United Nations, the Council on Foreign Relations, the Center for Emerging Threats and Opportunities (CETO) at the Marine Corps Warfighting Laboratory, and many other NGO panels on children affected by the war. His work has appeared in VespertinePress and LIT magazine. He lives in New York City.
Novels
Radiance of Tomorrow (2014)
Little Family (2020)