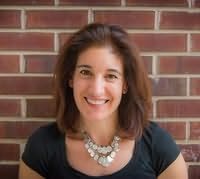 Jennifer S. Brown considers herself a Floridian, having moved to Miami as a three-year-old and spending the majority of her formative years in Miami Beach. But then again, shell also identify as a New Yorker after earning a BFA in filmmaking from New York University and sticking around the City to work in publishing andfor a very brief stintat a talent agency (and to be technical about it, she was born in New York City). Her passion for Seattle developed when she earned her MFA in creative writing from the University of Washington and then settled into a job as an editor at, what was then billed as, that little online bookstore, aka Amazon.com. She now lives and writes in the suburbs of Boston.

Her fiction, articles, and essays have appeared in numerous publications, and she was the winner of the 2005 Worlds Best Short-Short Story Contest (judged by Robert Olen Butler) in the Southeast Review. Her creative nonfiction piece, The Codeine of Jordan, published in the Bellevue Literary Review, was selected as a notable essay in 2012s The Best American Travel Writing and included in volume 9 of The Best Womens Travel Writing.

Her first novel, Modern Girls, set in 1935 in the Lower East Side of New York, is about a Russian-born Jewish mother and her American-born unmarried daughter. Each discovers that she is expecting, although the pregnancies are unplanned and unwanted, in this story about womens roles, standards, and choices, set against the backdrop of the impending war. Modern Girls will be published by NAL in the spring of 2016.
Novels
Modern Girls (2016)

The Summer List (2018)
Amy Mason Doan
"With its exquisite detail, The Summer List wouldn't let me go, and the unexpected ending gave me chills. An irresistible novel of friendship and home."