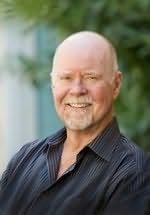 (b.1948)
John Lescroart was born in Houston, Texas and brought up in Texas, New York and Northern California.

Locke 1928 (2007)
Shawna Yang Ryan
"Shawna Ryan's Water Ghosts is a multi-layered marvel of a book. The prose is a delight, the characters fascinating, the story richly imagined and heart-rending. This first novel of grace and substance presages a notable literary career for Shawna Ryan."

Dark Matter (2008)
Cameron Cruise
"A top-notch talent, Cameron Cruise is going to be around for a long time."

The Insider (2010)
Reece Hirsch
"Hirsch... is writing and running with the big boys."

Fire Dance (2011)
Mike Sirota
"Mike Sirota is an absolute pro of a writer and, even for non-aficionades of ghost stories, these pages sing."

The Trial (2011)
Larry D Thompson
"Just terrific... As real as a heart attack, and every bit as suspenseful."

Original Sin (2011)
(Sally Sin)
Beth McMullen
"Smart, sassy, sexy Sally Sin is an absolute delight of a heroine whom I predict will be around delighting readers for a very long time. And her first adventure, Original Sin, is pure entertainment gold."

The Lost Wife (2011)
Alyson Richman
"The Sophie's Choice of this generation."

Cemetery Girl (2011)
David Bell
"David Bell's Cemetery Girl grabbed me by the throat on page one and never let up. An intense, unrelenting powerhouse of a book, and the work of a master."

The American Lawyer (2012)
John Martel
"A gem of international legal suspense, Martel is a total pro at the top of his game."

The Defence (2015)
(Eddie Flynn, book 1)
Steve Cavanagh
"Puts the 'thrill' back in 'legal thriller'. Non-stop action, unexpected and totally cool plot twists, a sympathetic genius of a con-man/attorney, and a clock that never ever ever stops ticking -- this isn't narrative drive, it's rocket-like narrative propulsion! Hop aboard and enjoy the ride!"

The Drifter (2016)
(Peter Ash, book 1)
Nick Petrie
"With The Drifter, Nick Petrie has written just about the perfect thriller. I haven't read such a well-crafted and gripping story in a month of Sundays. If this is Petrie's first novel, watch out for the second one. But why wait? This one's here now, and it's a home run."

Ginny Moon (2017)
Benjamin Ludwig
"Artfully rendered, heartbreaking, funny and suspenseful, The Original Ginny Moon is a veritable smorgasbord of a read that will stay with you long after you've consumed the final page. Excellent!"

Wicked River (2018)
Jenny Milchman
"Suspense oozes like blood from a wound on every page of Jenny Milchman's Wicked River. As scary and tense a book as I've read this year."

Bound for Gold (2018)
(Peter Fallon, book 6)
William Martin
"Epic in scale, eloquent in execution, Bound for Gold is a pure delight. The great Forty-Niner gold rush comes to vivid life in William Martin’s skillful, suspenseful, and original retelling, and its resonance into the present is nothing short of mesmerizing."