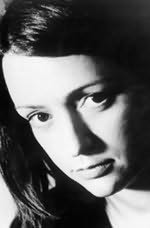 (b.1973)
Jo Baker was born in Lancashire. She was educated at Oxford and at Queen's University, Belfast, where she completed a PhD on the work of the Anglo-Irish writer Elizabeth Bowen. Her first novel, Offcomer, was published by William Heinemann in 2001. Her second book, The Mermaid's Child, is was published in August 2004. Jo Baker has also written for BBC Radio 4, and her short stories have been included in a number of anthologies. From 2001-2003 she was the Artistic Director of the Belfast Literary Festival. She lives in Belfast with her husband, the playwright and screenwriter Daragh Carville, and their son Daniel. The Telling is her third novel.

The Story of Fester Cat (2014)
Paul Magrs
"A story about love and home and friends, and the construction of an invented family . . . At once hopeful and nostalgic."

The Other Bennet Sister (2020)
Janice Hadlow
"An immersive and engaging new version of a familiar world . . . at once true to the source material and to life . . . Hadlow’s great achievement is to shift our sympathies so completely that . . . it’s difficult not to race through those final pages, desperate to know if [Mary] will, after all, be allowed?will allow herself - a happy ending."