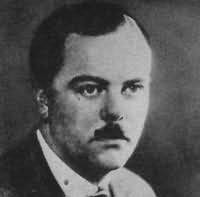 aka Francis Iles, A Monmouth Platts
A journalist as well as a novelist, Anthony Berkeley was a founding member of the Detection Club and one of crime fiction's greatest innovators. He was one of the first to predict the development of the 'psychological' crime novel and he sometimes wrote under the pseudonym of Francis Iles. He wrote twenty-four novels, ten of which feature his amateur detective, Roger Sheringham.