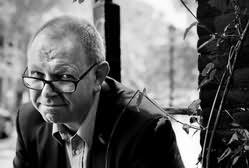 Francis Spufford, a former Sunday Times Young Writer of the Year (1997), has edited two acclaimed literary anthologies and a collection of essays about the history of technology. His first book, I May Be Some Time, won the Writers' Guild Award for Best Non-Fiction Book of 1996, the Banff Mountain Book Prize and a Somerset Maugham Award. His second, The Child That Books Built, gave Neil Gaiman 'the peculiar feeling that there was now a book I didn't need to write'. His third, Backroom Boys, was called 'as nearly perfect as makes no difference' by the Daily Telegraph and was shortlisted for the Aventis Prize. In 2007 he was elected a Fellow of the Royal Society of Literature. He teaches writing at Goldsmiths College and lives near Cambridge.

Collections
True Stories: And Other Essays (2017)

Anthologies edited
The Vintage Book of the Devil (1997)

All the Water in the World (2019)
Karen Raney
"An extraordinary achievement for a first novel: tender, heartfelt and heart-breaking."

Coming Up For Air (2020)
Sarah Leipciger
"An extraordinary, three-century braid of air and water: the way we float, the way we drown, the way we surface again against the odds."