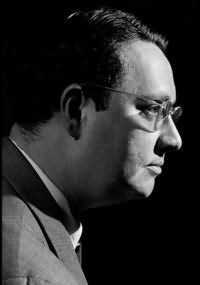 (1916 - 1981)
John Franklin Bardin was born in Cincinnati, Ohio on November 30, 1916. During his teens, he lost nearly all his immediate family to various ailments. As he approached thirty, he moved to New York City where during his adulthood he was an executive of an advertising agency, published ten novels and taught creative writing as well as advertising at the NEW SCHOOL FOR SOCIAL RESEARCH.