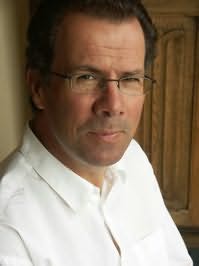 Jonathan Buckley was born in Birmingham, grew up in Dudley (birthplace of Duncan Edwards, hence a lifelong loyalty to Manchester United) and studied English Literature at Sussex University and King's College London. Having neglected to complete his PhD thesis on the Scottish poet/artist Ian Hamilton Finlay, he embarked on an extended period of post-postgraduate drifting, during which he worked - not in every case consecutively, and not always competently - as a bookshop manager, university tutor, decorator, builder, book reviewer, roofer, and maker of theatrical sets and props, before being commissioned to write the Rough Guide to Venice & the Veneto. Subsequently hired as one of the first members of the Rough Guides' editorial staff, he went on to become a director of the company, in addition to writing guidebooks on Tuscany & Umbria and Florence, and contributing to the Rough Guides to classical music and opera.