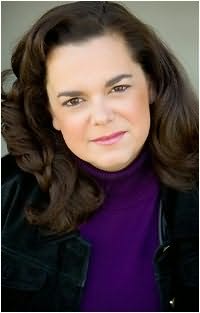 Kirsten Beyer is the New York Times Bestselling author of the Star Trek Voyager novels Acts of Contrition, Protectors, The Eternal Tide, Children of the Storm, Unworthy, Full Circle and String Theory: Fusion. She also penned the last Buffy book ever, One Thing or Your Mother, the Alias APO novel, Once Lost, and she contributed the short story "Isabo's Shirt" to the Distant Shores anthology as well as the short story "Widow's Weeds" to Space Grunts. She has also written several articles for Star Trek Magazine.

Kirsten appeared in Los Angeles productions of Johnson over Jordan, This Old Planet, and Harold Pinter's The Hothouse, which the L.A. Times called "unmissable." She also appeared in the Geffen Playhouse's world premiere of Quills and has been seen on General Hospital and Passions, among others.

Buffy the Vampire Slayer
One Thing Or Your Mother (2008)