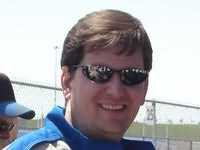 Dayton has been a fan of Star Trek since conception (his, not the show's). After serving for eleven years in the U.S. Marine Corps, he discovered the private sector and the piles of cash to be made there as a software engineer.
His start in professional writing came as a result of placing stories in each of the first three Star Trek: Strange New Worlds anthologies. With Kevin Dilmore, Dayton also co-wrote the Interphase duology for the Star Trek: S.C.E. series of "eBooks" as well as that series' upcoming Foundations trilogy. Though he currently lives in Kansas City with his wife, Michi, he is a Florida native and still maintains a torrid long-distance romance with his beloved Tampa Bay Buccaneers.

Unbreakable (2015)
(Chronicles of Promise Paen, book 1)
W C Bauers
"A little bit 'Starship Troopers' and a little bit Esmay Suiza, with a dash of 'Firefly' for flavor. W.C. Bauers gives us everything we want in our military science fiction, but never allows the hardware and action to overshadow Paen and everyone else caught in the crossfire."

Slaves of the Switchboard of Doom (2017)
(Retropolis, book 1)
Bradley W Schenck
"The golden age of science fiction gets a glorious upgrade."

Nucleation (2020)
Kimberly Unger
"Contact's Ellie Arroway. Story of Your Life's Louise Banks. The Last Astronaut's Sally Jansen. Add Helen Vectorovich to the ranks of great science fiction featuring remarkable, driven women serving as humanity's first contact with an alien race. With Nucleation, Kimberly Unger offers a richly detailed, thought-provoking peek into our not-so distant future and a mind-blowing means of taking us to the stars, but are we prepared for what awaits us out there?"