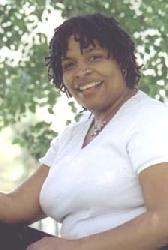 Canada (b.1960)
Nalo Hopkinson grew up in Jamaica, Trinidad, and Guyana, before moving with her family to Toronto, Canada in 1977. Her first novel, Brown Girl in the Ring, published in 1998, won the Warner Aspect First Novel Contest, and the 1999 Locus Award for Best First Novel, and she won the 1998 John W. Campbell Award for Best New Writer.

The Annunciate (1999)
Severna Park
"Intricately thought out and compelling; love, duty, subjugation and first contact play out in worlds where humans interface with technology which is organic, personal, and shaped by individual creative vision. A beutifully concieved story."

The Chronoliths (2001)
Robert Charles Wilson
"If you read science fiction for its scientific extrapolations, then there's much here to satisfy. If, like me, you read the genre for its examinations of human lives in a crucible, then The Chronoliths also delivers the goods."