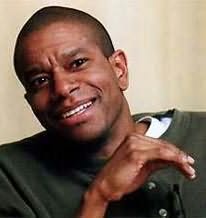 (b.1962)
Beatty is a contemporary African-American author. Beatty received an MFA in creative writing from Brooklyn College and an MA in psychology from Boston University. He has a son, Payden, and two daughters, Darby and Macy.In 1990, Paul Beatty was crowned the first ever Grand Poetry Slam Champion of the Nuyorican Poets Cafe. One of the prizes for winning that championship title was the book deal which resulted in his first volume of poetry, Big Bank Takes Little Bank. This would be followed by another book of poetry Joker, Joker, Duece as well as appearances performing his poetry on MTV and PBS.

What We Lose (2017)
Zinzi Clemmons
"Penetratingly good and written in vivid still life, What We Lose reads like a guided tour through a melancholic Van Gogh exhibit – wonderfully chromatic, transfixing and bursting with emotion. Zinzi Clemmons’s debut novel signals the emergence of a voice that refuses to be ignored."

American Spy (2019)
Lauren Wilkinson
"Echoing the stoic cynicism of Hurston and Ellison, and the verve of Conan Doyle, American Spy lays our complicities-political, racial, and sexual-bare. Packed with unforgettable characters, it's a stunning book, timely as it is timeless."