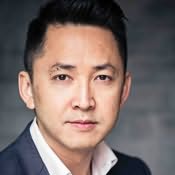 Viet Thanh Nguyen is an associate professor of English and American Studies and Ethnicity at the University of Southern California, as well as a member of the steering committee for the Center for Transpacific Studies. He is the author of Race and Resistance: Literature and Politics in Asian America (Oxford University Press, 2002) and the forthcoming novel The Sympathizer, from Grove/Atlantic, in 2015. His articles have appeared in numerous journals and books, including PMLA, American Literary History, Western American Literature, positions: east asia cultures critique, The New Centennial Review, Postmodern Culture, the Japanese Journal of American Studies, and Asian American Studies After Critical Mass. Many of his articles can be downloaded here.

He has been a fellow of the American Council of Learned Societies (2011-2012), the Radcliffe Institute for Advanced Study at Harvard (2008-2009) and the Fine Arts Work Center (2004-2005). He has also received residencies, fellowships, and grants from the Luce Foundation, the Mellon Foundation, the Asian Cultural Council, the James Irvine Foundation, the Huntington Library, the Djerassi Resident Artists Program, the Bread Loaf Writers Conference, Creative Capital and the Warhol Foundation.

His teaching and service awards include the Mellon Mentoring Award for Faculty Mentoring Graduate Students, the Albert S. Raubenheimer Distinguished Junior Faculty Award for outstanding research, teaching and service, the General Education Teaching Award, and the Resident Faculty of the Year Award. Multimedia has been a key part of his teaching. In a recent course on the American War in Viet Nam, he and his students created An Other War Memorial, which won a grant from the Fund for Innovative Undergraduate Teaching and the USC Provosts Prize for Teaching with Technology.

Dodgers (2016)
Bill Beverly
"I try not to read thrillers because they tend to keep me up to all hours of the night, and I don’t have the time. Bill Beverly’s Dodgers (No Exit Press) broke through my wall of self-denial and, yes, I did stay up late for two nights to finish it. Four black boys in a gang from Los Angeles are given a job: drive across the country to carry out a hit on a black judge. What can go wrong? Everything, of course. The prose is tight, the dialogue rhythmic, the pacing fast, the violence measured, and the ending unexpected. So what if I lost some sleep?"

Music of the Ghosts (2017)
Vaddey Ratner
"Music of the Ghosts is a moving and often gripping exploration of Cambodia’s Khmer Rouge regime and its aftermath. Ratner relentlessly shows the devastating impact of traumatic history on families and the nation, but leaves us with a carefully measured hope for insight and renewal."

Convenience Store Woman (2018)
Sayaka Murata
"A darkly comic, deeply unsettling examination of contemporary life, of alienation, of capitalism, of identity, of conformity. We’ve all been to this convenience store, whether it’s in Japan or somewhere else."

The Great Believers (2018)
Rebecca Makkai
"Makkai has created a moving story about Chicago and Paris, the past and present, the young men lost to AIDS and the ones who survived. And just as her novel evokes art's power to commemorate the departed, The Great Believers is itself a poignant work of memory."

Open Me (2018)
Lisa Locascio
"Locascio’s story of a young American abroad is unflinching in its portrayal of sex, desire, racism, and the excitement and confusion of youth. Infused with erotics and politics, this is a novel that will haunt you."

The Kinship of Secrets (2018)
Eugenia Kim
"A graceful, poignant and moving portrayal of one family's struggle to remain a family through decades of war, migration and separation."

The Other Americans (2019)
Laila Lalami
"A writer of uncommon conviction and tremendous insight."

At Night All Blood Is Black (2020)
David Diop
"David Diop’s All Blood is Black at Night is an unrelenting take on war, race, masculinity, and colonialism. Most of all, Diop’s short, sharp, and serrated novel is a visceral dramatization of how our humanity and inhumanity are forever intertwined."

Tomorrow They Won't Dare to Murder Us (2021)
Joseph Andras
"Joseph Andras writes with the swiftness of lightning. In vivid strokes, he illuminates both the interiority of a courageous man facing death for his convictions and the devastation wreaked by French colonialism in Algeria. The moral and political urgency, as well as the depth of the tragedy, still resonates in Andras’s powerful account of the life and death of Fernand Iveton."
Visitors to this page also looked at these authors
Kazuo Ishiguro
Patricia Engel
Chris Whitaker
Harlan Coben
Naima Coster
Clive Cussler
Sister Souljah
Sarah Penner
Donna Leon
Kate Quinn
Alex Finlay
Haruki Murakami
Imbolo Mbue
Stephen King
Laura Childs
C J Box