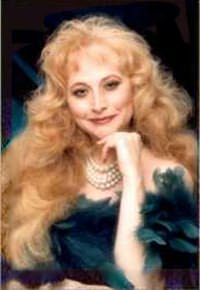 (b.1955)
Mary Rebecca Wadsworth was born on March 4, 1955 in Knoxville, Tennessee, where she lived and then, later, Chattanooga for the first few years of herlife. After that, the family moved to Kansas, where she grew up, spending the summers in her grandparents' home in Alabama. She has two sisters, Mimi and Nancy, and two brothers, Thomas and Daniel. Her mother, Beverly, remarried with Verne, and she won a step-sister, Chrissy. Rebecca married very young with John Brandewyne, and they had a son, Shane,who was born, appropriately enough, on St. Valentine's Day.

She sold her first novel some months after her twenty-third birthday, making her, at that time, the youngest romance author in America, a record thatstood for ten years before finally being broken. To date, Rebecca has written over thirty consecutive bestselling titles, including novels andnovellas on the following lists: *New York Times, Publishers Weekly, USA Today, Los Angeles Times, Magazine & Bookseller*, Ingram, B. Dalton, andWaldenbooks, among many others.

Rebecca lives in the U.S. Midwest with her son, Shane and her second husband, Englishman John Cox.