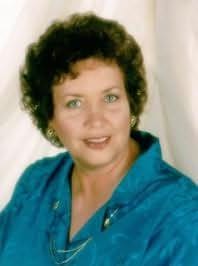 (b.1941)
Shirlee Elaine was born 9 August 1941 in San Jose, California, USA. She was the first daughter of a career naval officer, later she had two sisters and three brothers, they raised traveling the world. She went to the institute in Kentri, Morocco, after which she returned to California and she went to Burbank Bussines College of Santa Rosa, where she received a certificate in 1962.

Shirlee married with Howard Busbee in June 22, 1963. Now, they live in hills of California, where they raise for pleasure Standard Schnauzers, Standardbred horses, and other many animals.

She has worked as a receptionist for the Marin County Title and Abstract Co., as plant supervisor for Fairfield Title Co., and as secretary and drafting technician for the County Parks Department of Fairfield, California, where she met her life-long friend and mentor Rosemary Rogers. Published since 1977, Shirlee Busbee is the proud author of over 18 novels, including seven New York Times bestsellers. With over nine million copies of her books in print, she is the recipient of numerous awards for excellence in writing, including the Romantic Times Reviewers' Choice Award and Affaire de Coeur's Silver and Bronze Pen Awards.