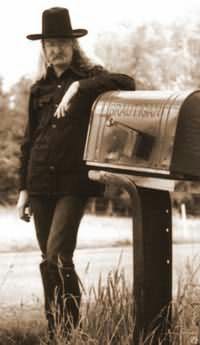 (1935 - 1984)
American novelist, poet, and writer, Richard Gary Brautigan produced twelve novels, ten poetry collections, and one story collection, as well as five volumes of collected work, six nonfiction essays, and a record album of spoken voice recordings. Throughout all this work one notes Brautigan's characteristic idiosyncratic yet easy-to-read prose style: an offbeat combination of imagination, strange and detailed observation, whimsy, humor, and satire. His best known works include his novel, Trout Fishing in America, his collection of stories, Revenge of the Lawn, and his collection of poetry, The Pill Versus the Springhill Mine Disaster.