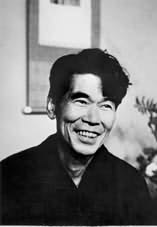 Japan (1892 - 1962)
Eiji Yoshikawa was born in 1892 in Kanagawa Prefecture, near Tokyo. He began his literary career at the age of twenty-two. During his thirties he worked as a journalist while continuing to write stories and novels, reaching a large and appreciative readership through having his work published, often serially, in newspapers and popular magazines. At the time of his death in 1962, he was one of Japan's best-known and best-loved novelists. He received the Cultural Medal, the highest award for a man of letters, and other cultural decorations, including the Order of the Sacred Treasure.

Non fiction
Fragments of a Past