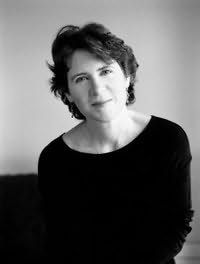 uzanne Berne spent her early years on a horse farm in Warrenton, Virginia, before moving to Washington, DC, where her father taught courses on mythology at Georgetown University and her mother became a psychologist. After earning her B.A. in English at Wesleyan University in Connecticut, and then an M.F.A. at the University of Iowas Writers Workshop, Suzanne lived for several years in California, where she held jobs ranging from a stint as a proofreader for the Hollywood Reporter to hostess at a San Francisco restaurant, while also writing for several newspapers and beginning to publish short stories. In 1986, she began teaching expository writing at Harvard University. During this period she was also reviewing for the New York Times Book Review and writing essays and articles for the Travel section. She has also published essays in numerous magazines, from Vogue and Allure to Ploughshares.
Novels
A Crime in the Neighborhood (1997)
A Perfect Arrangement (2001)
The Ghost at the Table (2006)
The Dogs of Littlefield (2013)

Everything That Follows (2018)
Meg Little Reilly
"It is impossible to predict what will happen in EVERYTHING THAT FOLLOWS, a novel that stays surprising from beginning to end and refuses to provide easy answers for the moral quandaries at its heart. There is nothing outlandish about the terrible situation Reilly's characters confront -- and force each other to confront -- and its plausibility makes their story all the more riveting."
Visitors to this page also looked at these authors
Margaret Atwood
Valerie Martin
Paul Auster
Elizabeth Berg
Bobbie Ann Mason
Linda Grant
Naomi Alderman
Octavia E Butler
Kevin J Anderson
Connie Willis
Ian McEwan
Richard Bachman
Karen Joy Fowler
Christopher Fowler
Mary Higgins Clark
Raymond Chandler