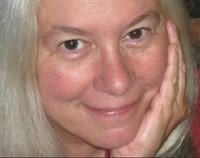 (b.1953)
Joanne Bertin was born in 1953 in the borough of Manhattan in New York City. A science fiction/fantasy novelist, her short stories and books center on a world of "truehumans," "truedragons," and "dragonlords," the last of which are beings which can change from human to dragon.

Her first publication was in 1995 when her short story Dragonlord's Justice was submitted for an anthology of dragon stories and accepted. Her first novel, The Last Dragonlord was published in 1998 and met with great success. The sequel to the book, Dragon and Phoenix, was published the following year. As of March 2009, TOR Publishing has confirmed Joanne Bertin is still working on the third novel 'Bard's Oath'. As quoted from the email; "I spoke to her editor about this, and I have good news! Although it's been a while, she's writing again. He just received a draft of her third Dragonlords novel, 'Bard's Oath'. He says he's vaguely expecting to publish it in late 2010 or early 2011, depending on how long it takes her to finish."

Bertin had been writing stories set in the Dragonlord universe for over twenty years since she came up with the world in high school, which evolved from an art class picture whose characters stayed in her imagination.

In addition to her writing, Bertin also holds a day job. She currently lives in Connecticut with her husband, Walter "Sam" Gailey, and an ever-changing number of ferrets fondly known as the Weasel Patrol.