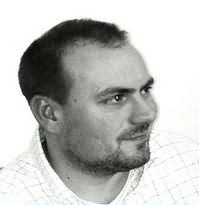 Andreas Christensen is a Norwegian science fiction and fantasy author. His most recently published work is Legion Rising, the second installment of his Legionnaire Series.

His popular series the Exodus Trilogy received rave reviews in both the U.S. and the U.K. and has been compared to classics such as Heinlein and Asimov. The Rift Saga is set approximately two centuries after the events of Exodus, and a reviewer described it as "Hunger Games on steroids". In a good way...

He is currently working on new projects, including a "second generation" story set in the Aurora universe, in addition to the Legionnaire Series.

Andreas Christensen has a degree in Psychology from the Norwegian University of Science and Technology, and his professional background is mainly from public service. He has a weakness for cats, coffee and up until recently, books so heavy he'd need a separate suitcase in order to carry them every time he traveled. Luckily, the world has changed, and the suitcase has now been replaced by an e-reader.
Series
Exodus Trilogy
1. Exodus (2011)
2. Aurora (2013)
3. Genesis (2014)
Explorer (2015)